ETAP's system grounding & earthing foundation automatically detects the system earthing configuration based on source and transformer grounding or earthing type selection. The resulting earthing types are displayed both on the one line diagram and for the various connected cables. 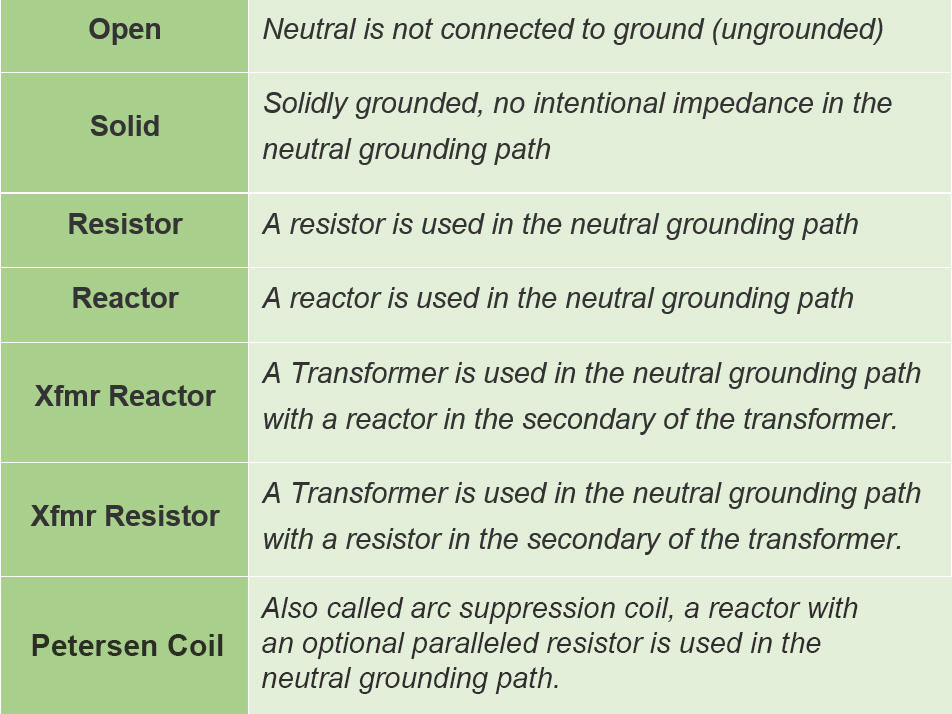 The earthing type for a TN system is marked by using 2, 3, or 4 letters:

The earthing type for an IT system is marked by using 2 letters and a term:

Part of the system uses a combined PEN conductor, which is at some point split up into separate PE and N lines. The combined PEN conductor typically occurs between the substation and the entry point into the building, and separated in the service head. In the UK, this system is also known as protective multiple earthing (PME), because of the practice of connecting the combined neutral-and-earth conductor to real earth at many locations, to reduce the risk of broken neutrals - with a similar system in Australia being designated as multiple earthed neutral (MEN).