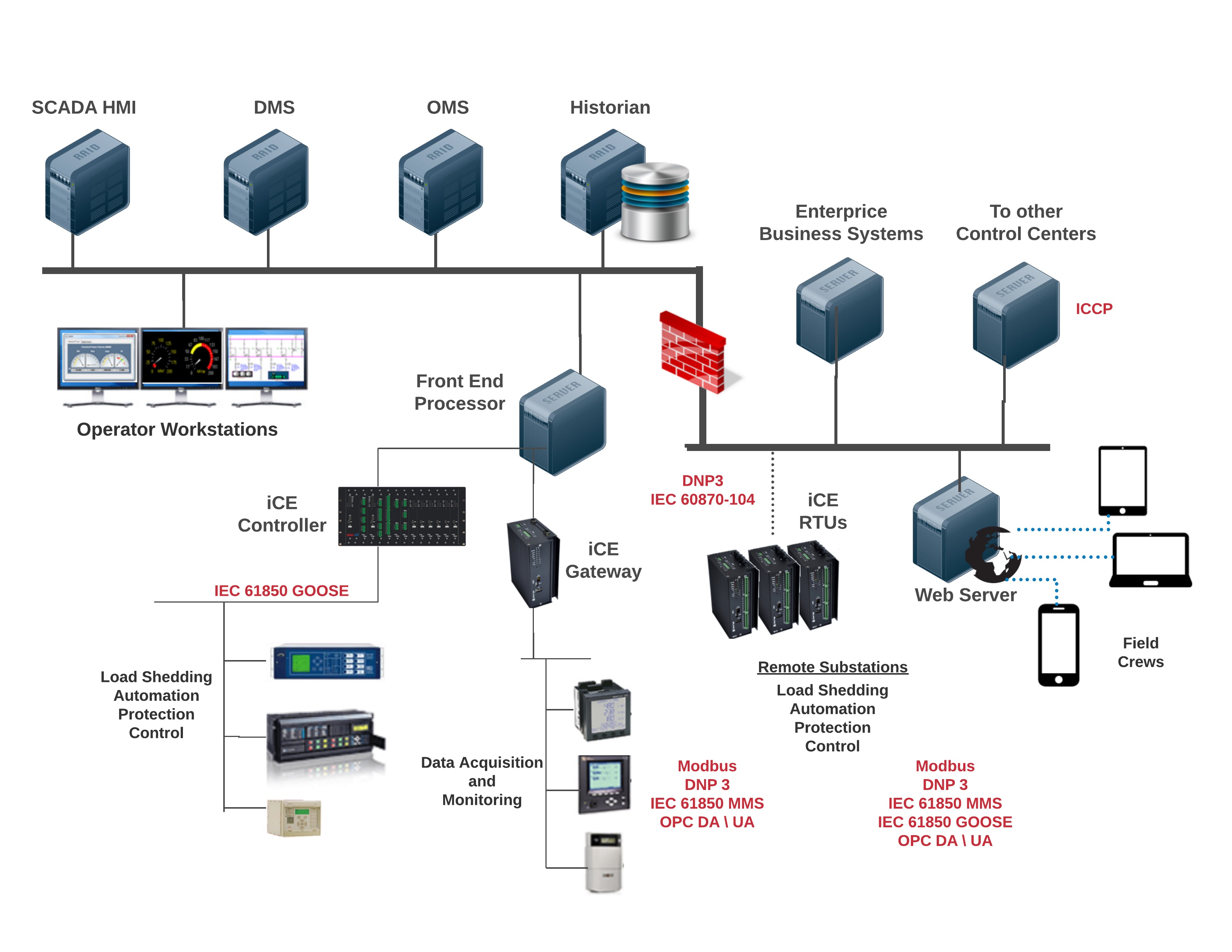 The ETAP Front End Processor (ETAP Real-Time™ Server) is in charge of communication to field devices and processing the data to the application servers.   It has the capability of collecting data directly using native communication protocols as well as communicating via etap iCE™ devices or existing data concentrators, SCADA and DCS.

Configurable in a virtual environment using VMWare technology reducing the need of number of physical servers. 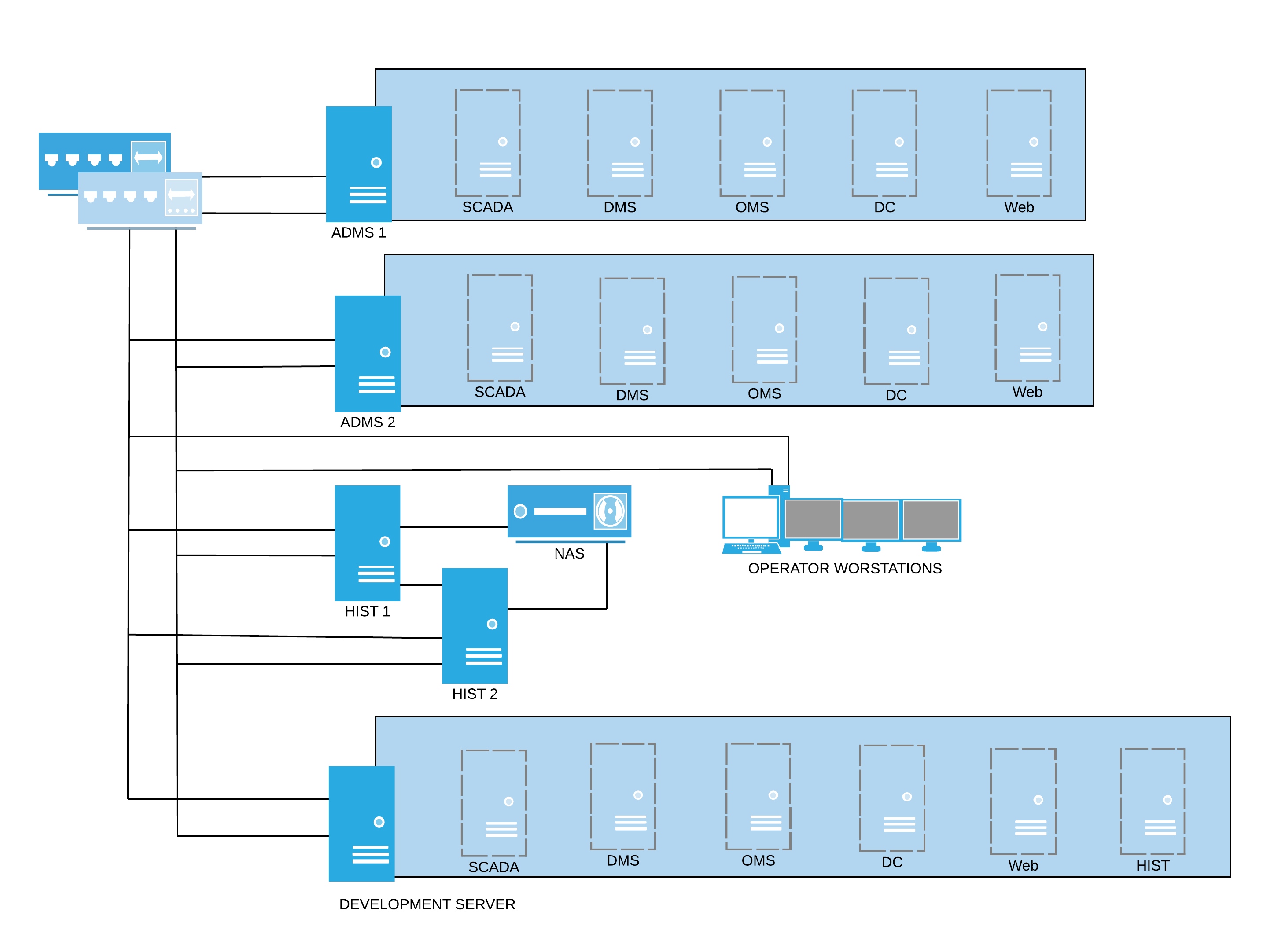 Distributed redundant architecture is similar to that of the centralized redundant scheme with the additional capability to independently manage multiple systems. This scheme supports communication loss as well as physical isolation of multiple sites resulting in islanded systems. In such cases, a standby server at each location will automatically be promoted to an active state and resume managing its local system independently. After reestablishing the connection between the multiple sites, the system is returned back to the normal state with one active server resuming the management of the multiple sites.

The ETAP Real-Time Server is a true multi-client-server configuration. The ETAP Real-Time Server is a central processing unit that manages the communication between the system and ETAP consoles. Data is collected by the Real-Time Server from intelligent electronic devices and data acquisition systems. ETAP Consoles display system data, alarms, warnings, and other pertinent system information while providing access to archive data for historical analysis. Simulation can be conducted from each console to predict system behavior. Additionally, consoles can be configured for dedicated tasks such as generator control and system automation.