Simulate the impact of series faults with steady-state solution without the initial transients. For transformers, the effects of an embedded winding, no-load current and losses, transformer type (core and shell), and inter-phase A, B, C mutual coupling, including zero-sequence are included. 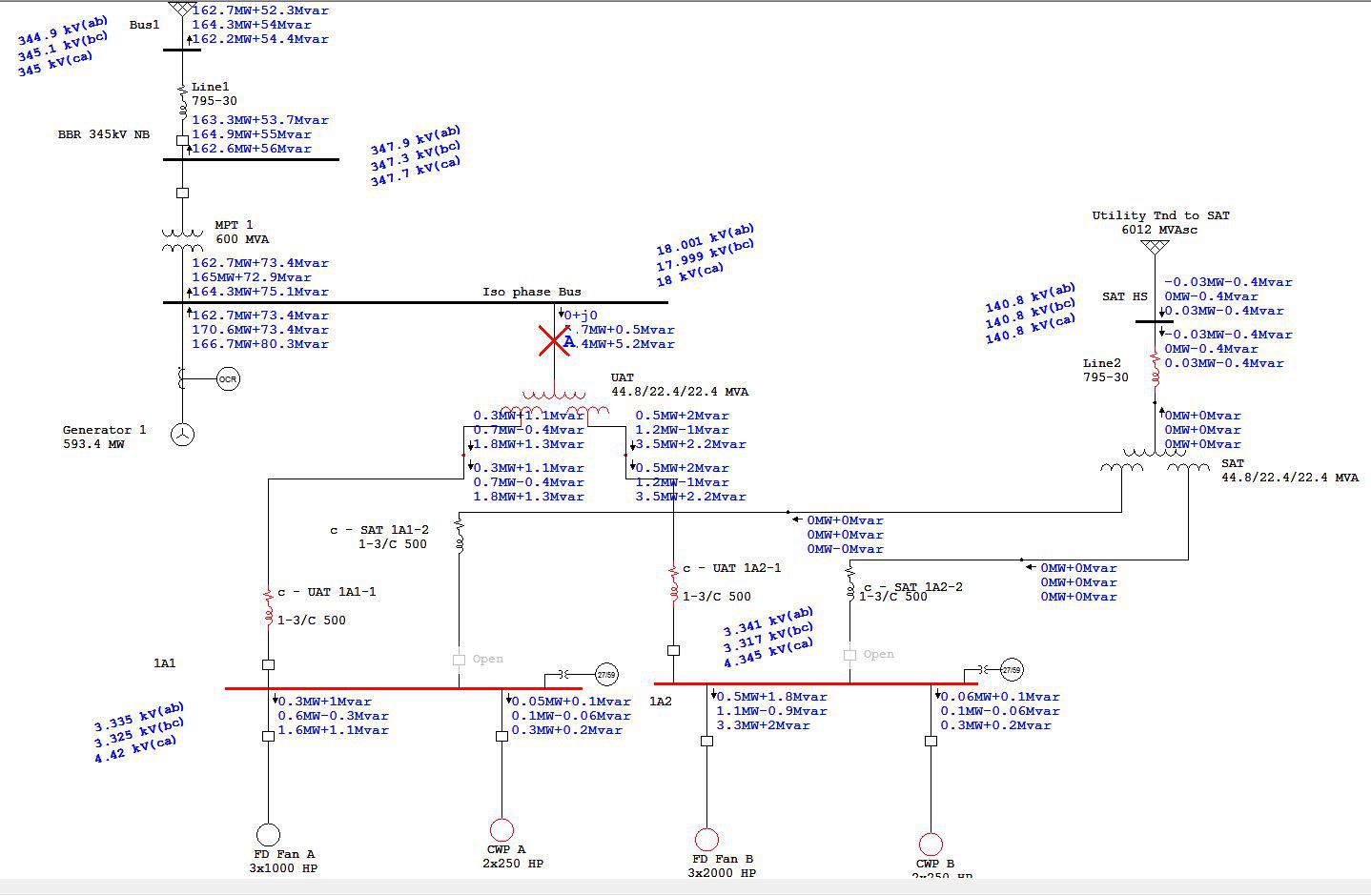 Graphical Placement of the Open-Phase on the One-Line Diagram

Easily place open-phase faults (phase A, B, or C) at any terminal of the three-phase branches, including two-winding and three-winding transformers, cables, transmission lines, impedances, and reactors.

The modeling of induction motors has been enhanced to handle severe unbalanced system conditions caused by an open-phase fault, including the effects of negative-sequence current.

Construction Type
Capability to model various types of transformers has been added, including Shell and Core with 3, 4, and 5 limbs, for both 2-winding and 3-winding transformers.

Magnetization
Based on the no-load data, the magnetizing impedance for positive, negative, and zero sequence couplings are now calculated and taken into account.

Buried Winding
Effects of an embedded (buried) winding, for two and three winding transformers are included.

Reporting
The zero-sequence current circulating inside the embedded delta–connected winding is reported.
Leading to the development of the open phase fault module and, as part of the verification and validation (V&V) process, we have conducted numerous studies and have created benchmarks to simulate open-phase conditions in various networks, including the off-site power supply system of a nuclear power plant. V&V test cases have been created to simulate electrical network behavior with different models and under various operating conditions.