The new IEEE 1584-2018 arc flash model supersedes the IEEE 1584-2002 model. The development of this new edition of the standard has taken over fifteen years of work and is a result of thousands of hours of research, development and validation. The following sections provide a summary of the main changes of IEEE 1584. ETAP has actively participated in the development and validation of this model to ensure its correct application in power system analysis software.

The new model was developed based on over 1800 tests to incorporate different electrode configurations which was much more extensive than the 300 tests used in 2002.

Table 9 of IEEE 1584-2018 is a good starting point for some guidelines on how to identify the potential electrode configuration(s) present in the equipment. 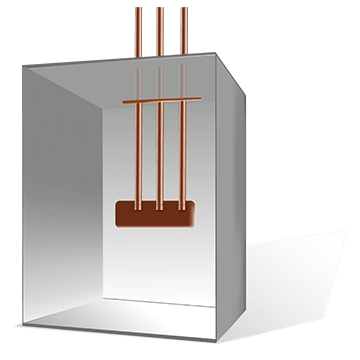 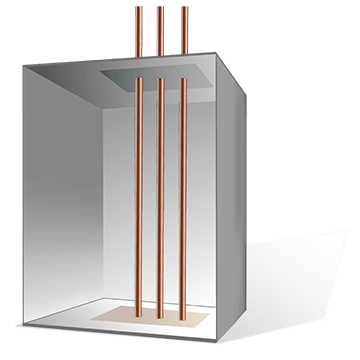 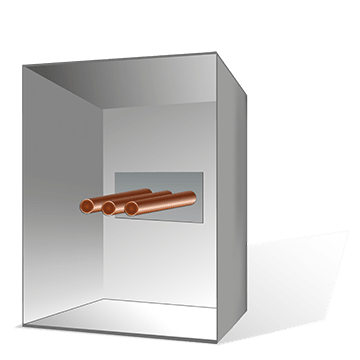 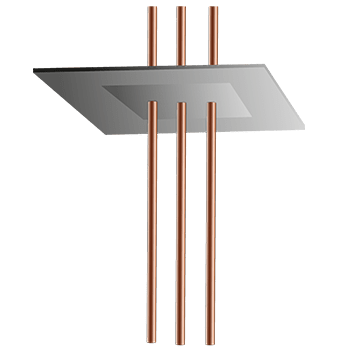 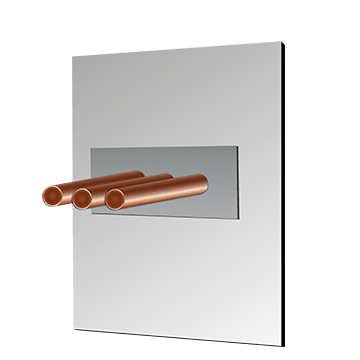 Range of the Model

The range of the voltage and short-circuit current is similar to that of the previous model. The notable improvement is the range of the gap for medium-voltage equipment, which has almost doubled.

Recommended range of the enclosure dimensions:

*Larger opening sizes may be modeled but the correction factor is calculated at 49 (in).

IEEE 1584-2018, Section 4.11 still recommends that the model can be used for single-phase systems and expects the results to be conservative.

Summary of the actual sizes of the test enclosures used to develop the model range:

The voltage range applicable to IEEE 1584 remains unchanged at 208V through 15kV.

In previous versions of IEEE 1584 (2002) a reference to the Ralph Lee method allowed the possibility to use this method for this condition, yet its results were found to be totally unrealistic. Also, the physical behavior of the arcs and the mode of failure are totally different for overhead open-air equipment. The following table presents a concise view of the application of different models across voltage levels between 0.208 kV to 15 kV and higher.

Note that the Ralph Lee method should not be used at all for voltages above 15 kV, however, since it was previously applied by ETAP as an alternative to the IEEE 1584-2002 method, ETAP still has this option available but with a warning. 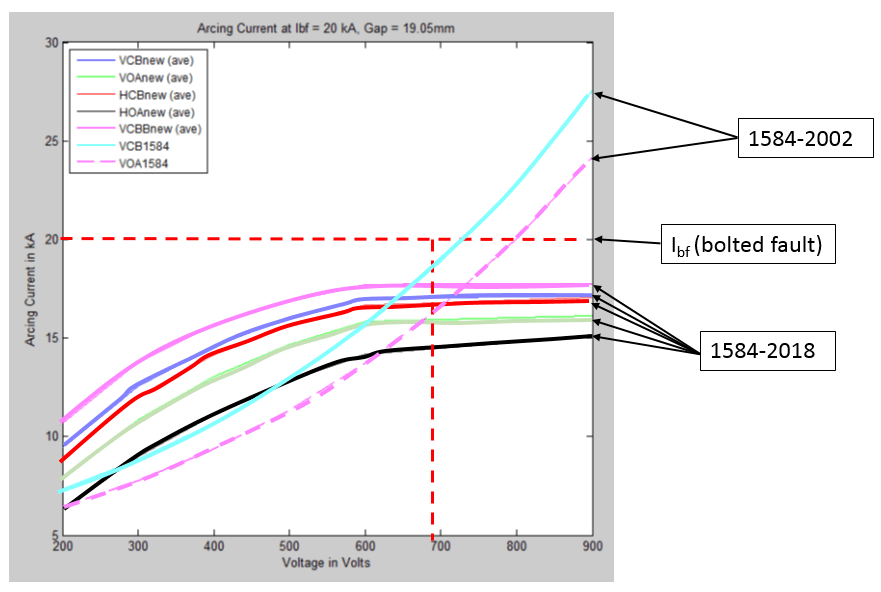 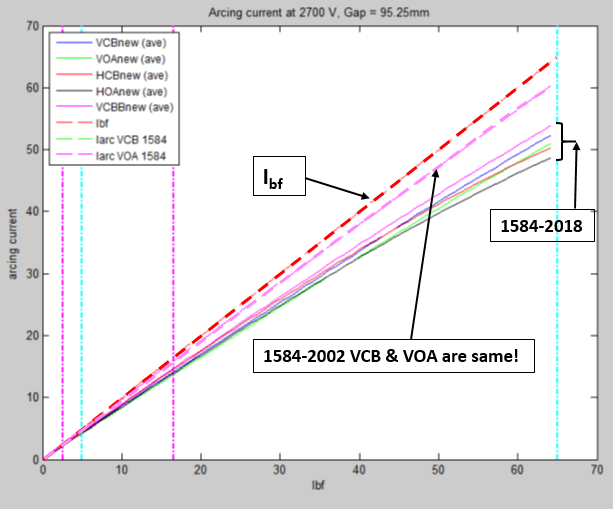 The new model centers around the calculation of the arc current at three different voltages which are 600, 2700 and 14300 Volts AC. The following plot shows the results of a parameter sweep for short-circuit current for the medium-voltage arc current model.

The physical concept of arc current variation is not changed, however, it was improved. Based on the analysis done during the new arc flash model development phase, it was found that the variation in the arc current was higher at voltages below 480 Volts and far less at voltages such as 600 Volts and 2700 Volts ac.

The value of the arc current variation is no longer fixed to 15% but calculated continuously based on the equations provided in section 4.5 of IEEE 1584-2018.

The reason the limits were revised is because additional electrode configurations such as VCBB used in the testing revealed that arcs can sustain at much lower short-circuit currents than previously presented in the 2002 standard.

Previous versions of IEEE 1584 suggested a limit for sustainability at around 240 Volts ac with approximately 125 kVA (or 10 kA with a 3.5% impedance transformer). This left a substantial amount of equipment out of the scope of incident energy calculations. However, since the limit has been lowered to 240 Volt ac with 2.0 kA of short-circuit current, it means that more systems had to be analyzed.  An overly-conservative incident energy correction factor was removed from the low-voltage model for IEEE 1584-2018 as shown in the plot below:

As can be observed in this plot, the incident energy results of the new IEEE 1584-2018 model are more accurate and also less over conservative. 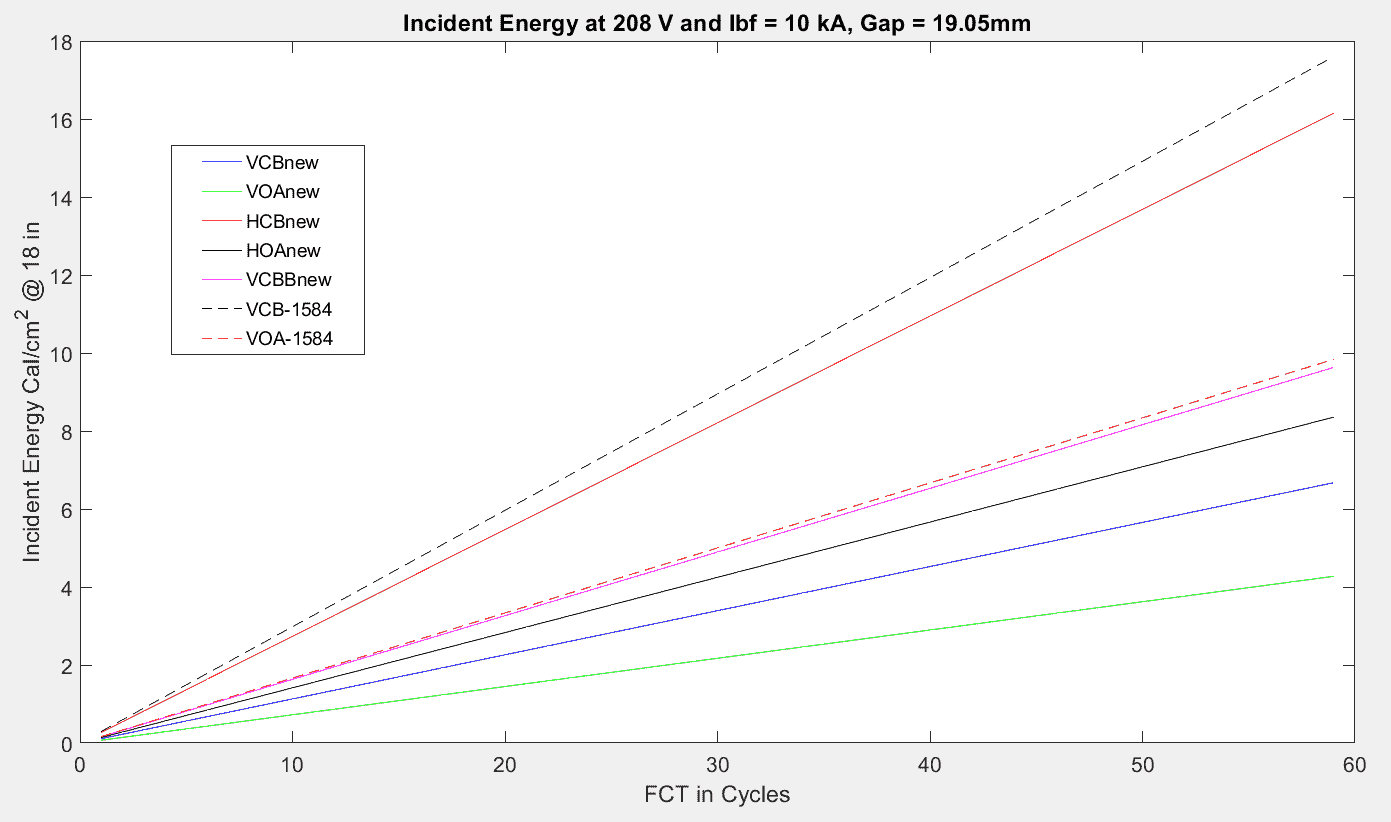 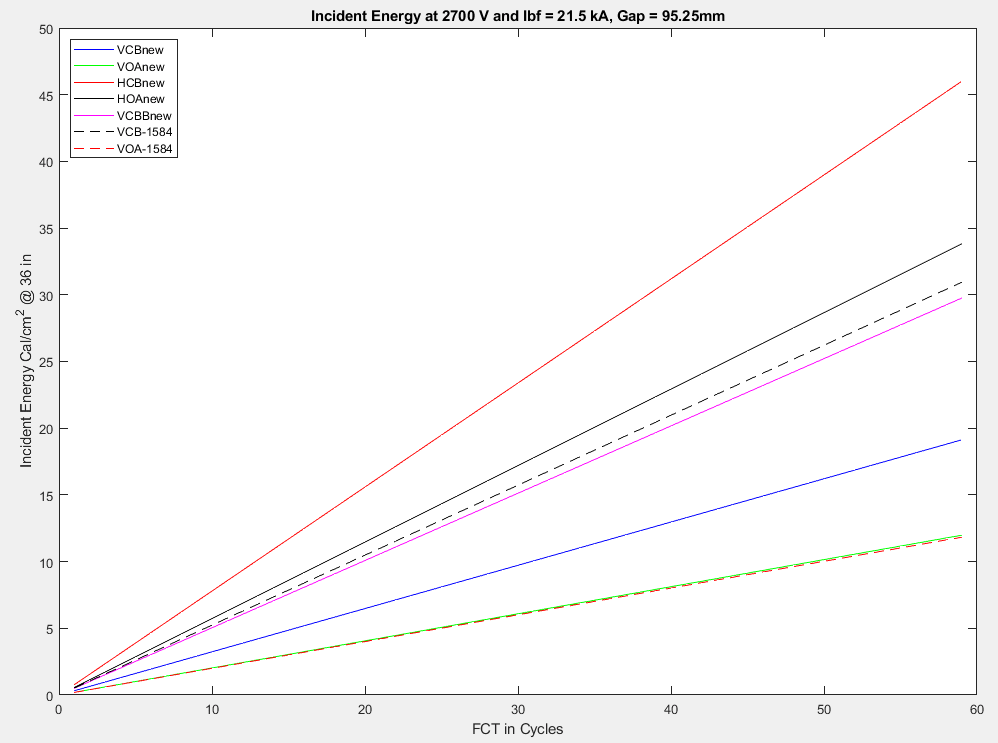 The testing methods used allow the new model to predict shorter boundary distances. The testing and data processing used to develop the new arc-flash boundary model reveal a gain in margin which becomes evident when comparing the results of both methods (2002 and 2018). 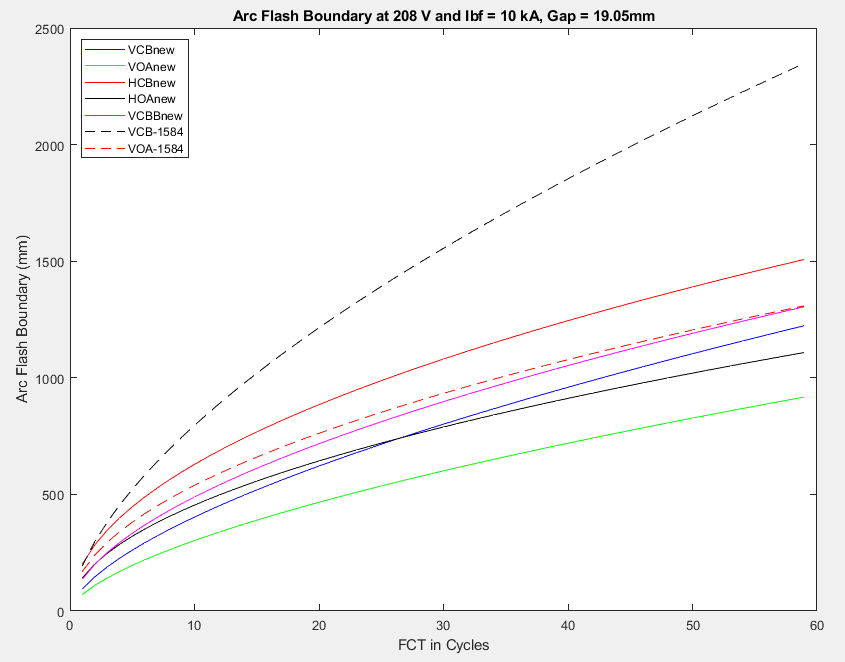 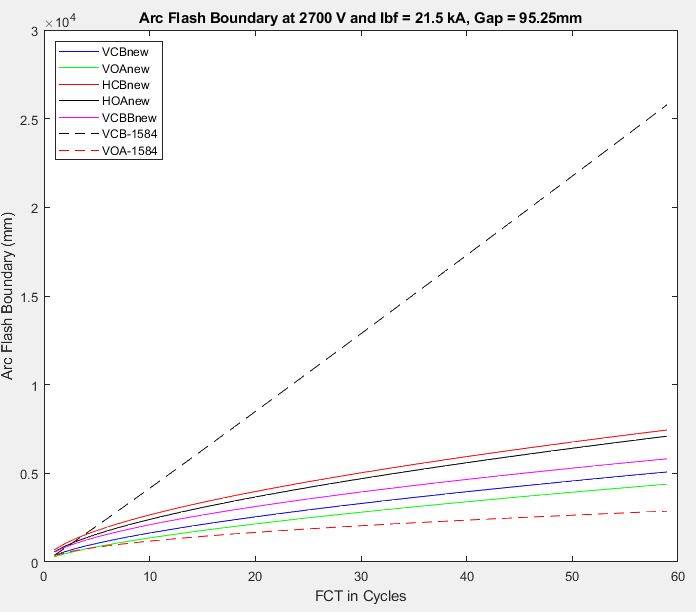 Similar to the low-voltage model, there is a notable reduction in the predicted arc-flash boundary. The overly conservative IEEE 1584-2002 result consistently produces the highest AFB for similar incident energy values.

The plot below shows the arc-flash boundary vs the arc duration and compares the 2018 AFB vs the 2002 AFB results. This comparison was made for a system voltage of 2700 Volts ac.

Effect of Grounding on the Incident Energy

Based on the findings of the development group of the new IEEE 1584-2018 model, the effect of grounding is no longer considered. 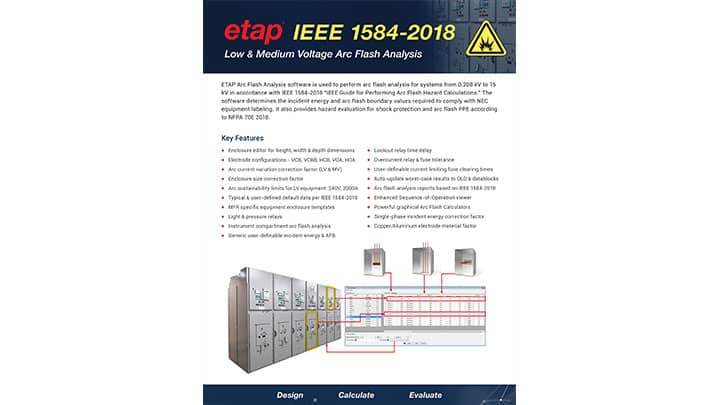